Let’s try an experiment.  Listen to these film music excerpts.  As you listen, jot down what the music is communicating to you.

If you are like most people who have been exposed to film music for many years, you will probably recognize these ideas (or similar ideas) in the music:

The same thing happens when we read a story.  Although we will all see different images in our imaginations, we basically understand the story because we understand English grammar.   The words and sentences are put together in a sequence that we understand, and the choice of descriptive words helps us see the characters, feel the emotions and receive the message.  This works the same way for all of the media arts.  This concept is called media grammar.

Pavik and McIntosh explain that media grammar is “the underlying rules, structures, and patterns by which a medium presents itself and is used and understood by the audience.” Essentially, all media–especially the arts–communicate their messages in specific structures that we learn to recognize through exposure and education.  According to Meyrowitz, we must “have some understanding of specific workings of individual media” to have media grammar literacy.

If we have been exposed to a variety of film music, we probably have developed music grammar literacy.   We know when music sounds like a Western, a sci fi scene, a romance, a mystery, a spy thiller, a horror scene or an adventure.   We have all learned that the “duh dud, duh duh” notes from Jaws mean the shark is coming, and the screeching sound in the shower scene of Psycho means horror.  We know which themes in Star Wars means Darth Vadar or Luke Skywalker.  Kassabian claims that musical “competence is based on decipherable codes learned through experience. As with language and visual images, we learn through exposure what a given tempo, series of notes, key, time signature, rhythm, volume, and orchestration are meant to signify.”  According to Carolyn Fortuna, “the audience instinctively understands the feelings the filmmaker wants to evoke with a certain style of music.”

Pavlik and McIntosh claim that “radio and recorded music have their own grammar, one based only on sound . . . which can be used to convey information, capture attention, or evoke a mood or scene.”  According to Jessica Green,  “instead of stringing together words to communicate, music creates meaning through a multitude of varying factors such as instrumentation, tonality, key, and phrasing that work together to create a mood or feeling that suggests or emphasizes something that the audience might not have paid attention to or realized.”  These factors are the “grammar” of music.

Although music is used in various ways in films, narrative music is composed to deliberately tell a story.   In Score: A Film Music Documentary, Leonard Matlin said, “Music has tremendous driving power within the narrative of any film.”  Robert Elliot said, “Narrative music is like another actor in the movie . . . like the announcer for a movie. Narrative music tells the audience what mood they should feel.”

However, the idea that music can convey a story occurred long before film was invented.  In the 19th century, a movement called “Program Music” emerged, and composers attempted to use music to describe a story, event or scene.  See  “Program Music and the Romantic Tone Poem” for a list of composers and their storytelling music.

In a way, narrative film music is like program music because it is written to tell the story of the film.   Robert Elliot said, “Often narrative music will be linked together to make a single, long piece of music with many different moods, one mood after another.”  This “linking of different moods” characterizes the short, orchestral film music used in stories2music.  The film music is an integral part of the storytelling.  The music and words are symbiotic; they depend entirely on each other to tell the story.  The music is not simply orchestral background music; it is synchronized with the words.

For example, when a kite flutters in the air and the music flutters like a kite, the audience recognizes the fluttering sound and connects the sound to the words.   This “recognition” occurs because the audience is using music grammar to decipher the music’s meaning.  The music helps tell that part of the story–the kite is fluttering in the air–and provides a richer emotional and imaginative experience.  Essentially, the film music is program music for the stories. 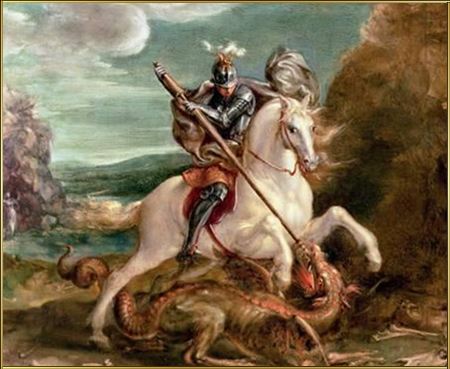 “Kate’s Dream“ is a stories2music story that relies on the music to tell and enhance the nightmare; it also uses some sound effects.  The music is dramatic and provides “one mood after another.”

See if you can hear how music grammar is used in Kate’s Dream.  Try the experiment below.

The Media Grammar Chart  provides a link to the full story with the music and a “narration only” version without the music.   You should listen to the story before doing the experiment with the sections, so you aren’t distracted by hearing the story for the first time.

See if you can hear how the music is telling the story and affecting your imagination and emotions.   Can you hear how the music links together “different moods, one mood after another”?  The music is functioning as program music and narrative film music.  You recognize this because you are using media grammar.